"Lowest tax burden in the South..."
"One of the most affordable housing markets..."
"Retirement tax heaven..."

"Great place to live and raise a family..."
"It feels like Mayberry on the Beach..."

Welcome to the Mississippi Gulf Coast, one of the South’s premier destinations. With 39 miles of white sand beach bordering our quaint towns and bustling communities, the area has a rich history and culture that has appealed to new residents from artisans to scientists for decades.

From full-time residents who work at NASA’s Stennis Space Center to snowbirds who spend their winters basking in our mild climate, “The Coast,” as the locals call it, has attracted people of all ages, including those who have summer homes here to soak in our coastal breezes and enjoy a relaxing way of life.

Hancock County’s central location between New Orleans and the gaming resort town of Biloxi make it a popular choice for people moving to the area to work, retire, or visit.

Our communities have been nationally recognized for everything from art to ground-breaking scientific advancements. We offer a wide variety of living environments from beachfront communities to lush countryside. Our low cost of living and hassle-free commutes allow our residents more time to enjoy our many attractions and outdoor activities year-round.

Following the Civil War, a railroad was completed which stretched in between New Orleans and Mobile. During this time, many resorts and beautiful beach homes sprang up along the coast. families would escape the illnesses and mosquitoes which plagued the city by traveling to Bay St. Louis and staying over the summer.

In 1915, the concept of the Old Spanish Trail was conceived. This route would be the shortest distance from the Atlantic Ocean (St. Augustine, FL) to the Pacific Ocean (San Diego, CA). This road ran right through Mississippi along the current US Highway 90 and was fully completed by 1929. It stretched over 2,700 miles. The 1923 Rand McNally Automobile Book describes the trail: "Along the Old Spanish Trail are the riches of history, legend, sentiment and natural beauty. And throughout the route there are members of the Old Spanish Trail Association who will find pleasure in making your acquaintance." Let’s fast forward to 1963 with the opening of NASA’s Stennis Space Center. This endeavor brought on incredible economic development to the area and still assists in sending astronauts into space today. In 1990, Mississippi legalized gambling as long as the casinos were on navigable waters. This addition brought forth tens of thousands of jobs which in turn caused housing prices to increase, and better economies for cities along the Mississippi Gulf Coast. Over the past 200 years and more, Hancock County has suffered its share of various natural disasters, most recently being Hurricanes Camille (1969) and Katrina (2005). Though destruction was vast, the county and towns have been fully restored to their glory days. Today, residents and tourists enjoy the serene, relaxed, down home feel that Hancock County has to offer. In 2017, the year of the state’s bicentennial, reminds every one of the resilience of the people, places, and history of the region. With a strong military heritage and a pride for calling this area home, over 45,000 residents agree that life got better in Hancock County. 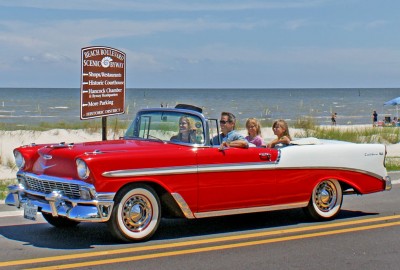 Here's What Our Residents Say

“I couldn’t be more pleased with the education our five children are receiving.  I’m so thankful for the people my children are growing up to be here.”

“The relaxed lifestyle and recreational opportunities make it a perfect place for children. And the amenities and cost of living also make it a good fit for retirees.”

“I could have opened my business anywhere, but I chose here. Everybody welcomes you with open arms. I can’t tell you how happy I am to be in this community.”

“You can’t beat the scenery. It’s like a little piece of heaven. We like to get out and explore. There’s never a dull moment.”

News You Can Use

5 THINGS TO KNOW ABOUT THE 2ND ANNUAL PARADE OF HOMES

Culture Trip: The 10 Most Beautiful Towns in Mississippi